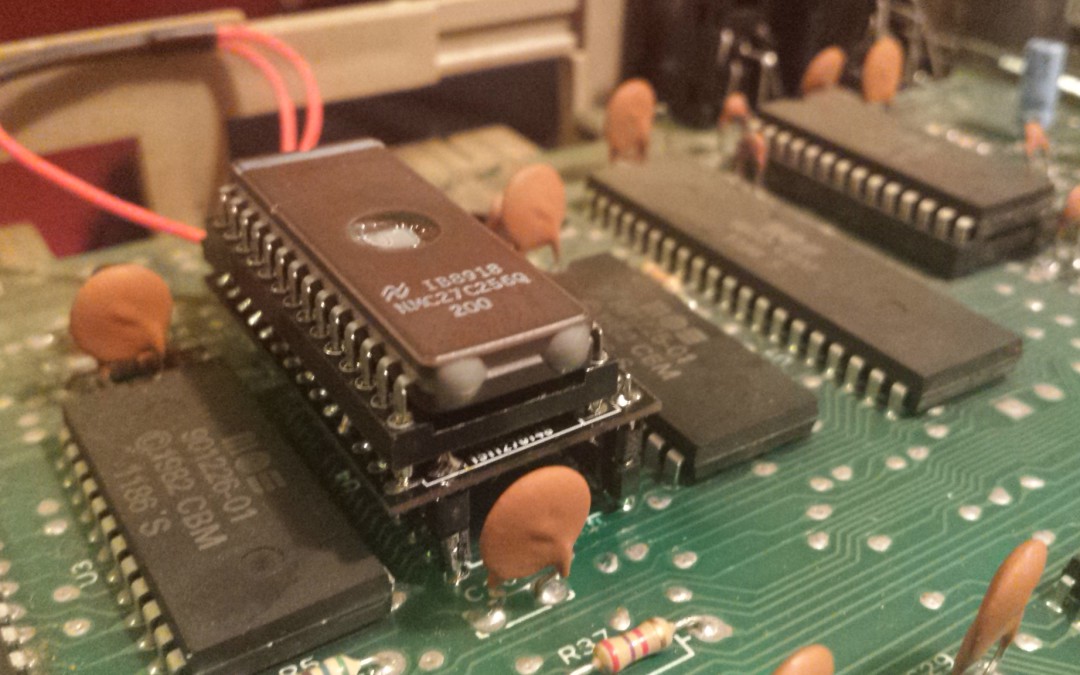 As said in the previous post I have made a couple of PCB’s and they have arrived this week. Today I’m testing my design of a 23C64A to regular EPROM adapter. It will take upto a 64KB EPROM (27C512). I’m a bit hesitating to fit a prototype into my beloved SX64, so I took out an old C64 breadbin that can be missed. I expected the fitting to be smooth but it wasn’t.. In the later models Commodore decided to skip socketed ROM’s and soldered the KERNAL, BASIC and CHAR ROM’s directly onto the main board. I took out my soldering iron controller with a K type tip and a solder sucker to get it out.

It took a bit of time to suck the solder out of its holes but in the end most of it was sucked out nice and clean. I used the hot air gun to release the KERNAL ROM out. After the chip was out I cleaned up all the holes and made sure the holes were clean and open. I soldered in round machined sockets where once the KERNAL ROM was (I didn’t had the correct DIP sockets at hand). 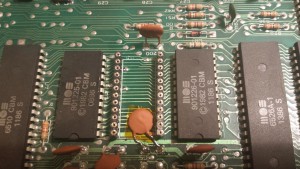 I also needed to move the decoupling capacitor nearby the KERNAL as it blocked the address selection header. I found a dump of the original KERNAL (901227-03) that was installed in the breadbin and the latest JiffyDos on the internet. I wrote them to a 27C256 EPROM I had lying around (I did buy a license to burn my own EPROM’s BTW) The first 8K has the original KERNAL and the second 8K has JiffyDOS v6. I didn’t know of any other good KERNAL replacement to burn the remaining memory slots but feel free to leave a suggestion in the comments. 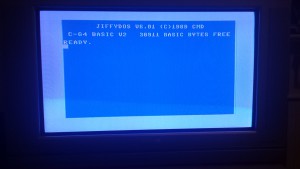 After a couple of hours of soldering and programming the EPROM I was rewarded with the new startup screen! The adapter did work, even it is the first revision.. I earned a new achievement 😉