New bunch of PCBs have arrived 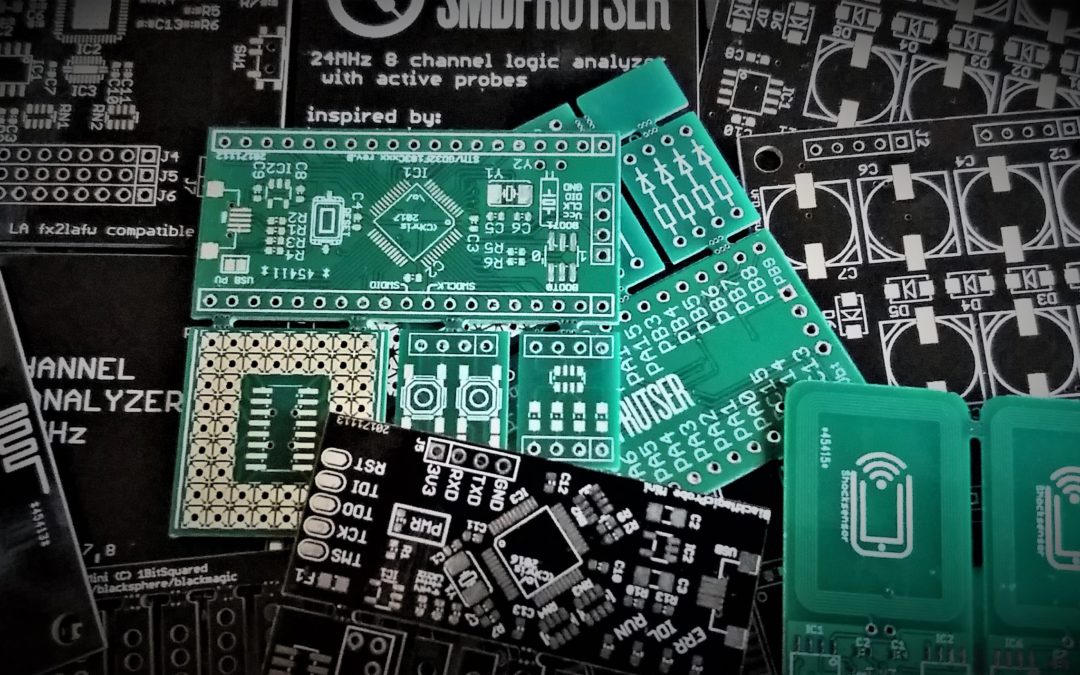 A couple of times a year I send in a bunch of PCBs. As usual I combine multiple designs and have them delivered express. That sounds a bit expensive but when ordering about 4-5 designs the cost is almost the same as the other snailmail options. I also make sure I send them in before the packetrush of Xmas.

I made TPIC6B595 driver board for four Russian IVLM1-1/7/IV-25 tubes, a controller board with an ESP12 and a VFD powersuppy based on LM9022/LM4871 . These boards combined, will hopefully form a nice clock. Several years ago I promised a good friend of mine that I’ll built him a nice clock. Due to the ‘deadline’ I split the design in 3 smaller PCBs. I hope that seperate boards are easier to debug then a large PCB design.

The other boards I sent in are some NFC testboards, a new revision of the BlackMagicProbe and a logic analyzer. The logic analyzer is based on the Cypress FX2 USB chip and will provide 8 channels, sampled at a maximum of 24MHz. Not as fancy as the Openbench logic sniffer but OK for everyday use. The board is compatible with Sigrok software.

The total of boards was this time 7, a new record as I’ve never send in this many boards in one go. What did you send in to the board house?