Testing and programming in China: would could possibly go wrong? 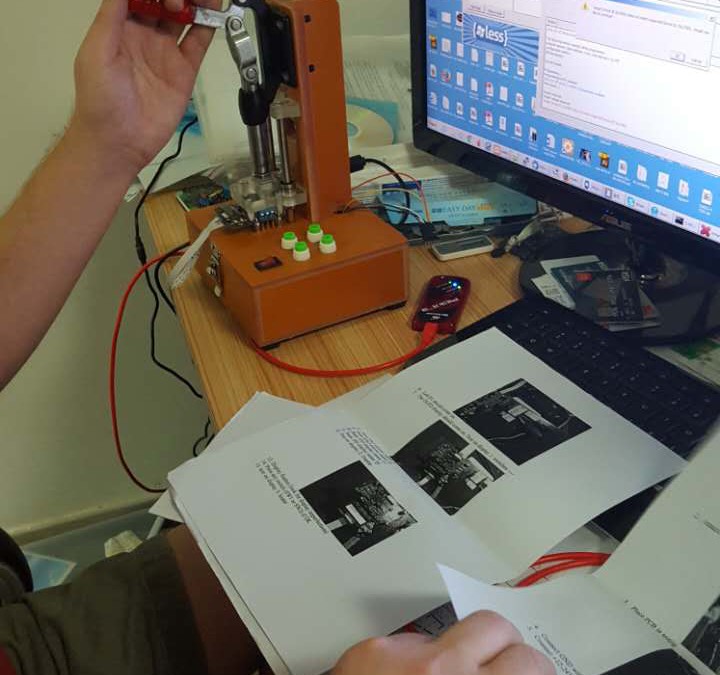 After the manufacturing it is time to get the boards programmed and tested. I previously blogged about my testing rig. The contractor had it made before and when the assembled boards returned it was time to program and test them. Manufacturing in china consist of many small steps and each step is done somewhere different. Everyone in Shenzehn, China holds a piece of the puzzle (your product) and does exactly only that step of the puzzle. In the end (if you orchestrated it well) you are rewarded with the assembled product. However the road is a bit bumpy 😀 Doing business with Chinese people is a bit different then in Europe I guess.. 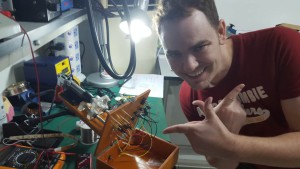 Ian from dangerousprototypes.com is a good friend of mine and helped my manufactured Jin to assemble the testjig. Both Jin and I thought the Testjigs were completely wired and assembled, but it wasn’t. The testrig manufactures just added the required switches and Pickit3 (programming adapter for Microchip microcontrollers) to the box. Ian was kind enough to assemble the testrig for us and tried to program and test the first few assembled board. Here you see a typical picture of him with his patent pending face frame pose.

After programming and testing the first few assembled boards it turned out the displays were different from the ones I specified. The board uses originally a SSD1306 128×32 OLED display, but later on I used a cheap SH1106 version of this display. That one was a bright white one compared to the somewhat dull blue version I started with. SH1106 is a very similar, but different in the details. For some reason the SH1106 displays were out of stock and my contact bought the original with the manufacturer. Another problem is that the FET appears to be conducting all the time (both LEDs on the controller were lit).

My manufacturer Jin is kind enough to send me two assembled boards for me to analyze and rewrite the firmware in order to sort things out. I think I got the display thingy sorted as I originally started with a genuine SSD1306, but dunno what the deal is with the FET. Probably didn’t think too much about the testing procedures 🙂 Time will tell…